I love road trips. I’ve always had the “traveling Jones,” as my father once called it. When I was a little kid growing up in Southern California with my mom, dad, and younger brother, the folks would pack us all into whatever vehicle we owned at the time, and usually on the spur of the moment we’d head out into parts heretofore unexplored. With my folks, life was always an adventure. 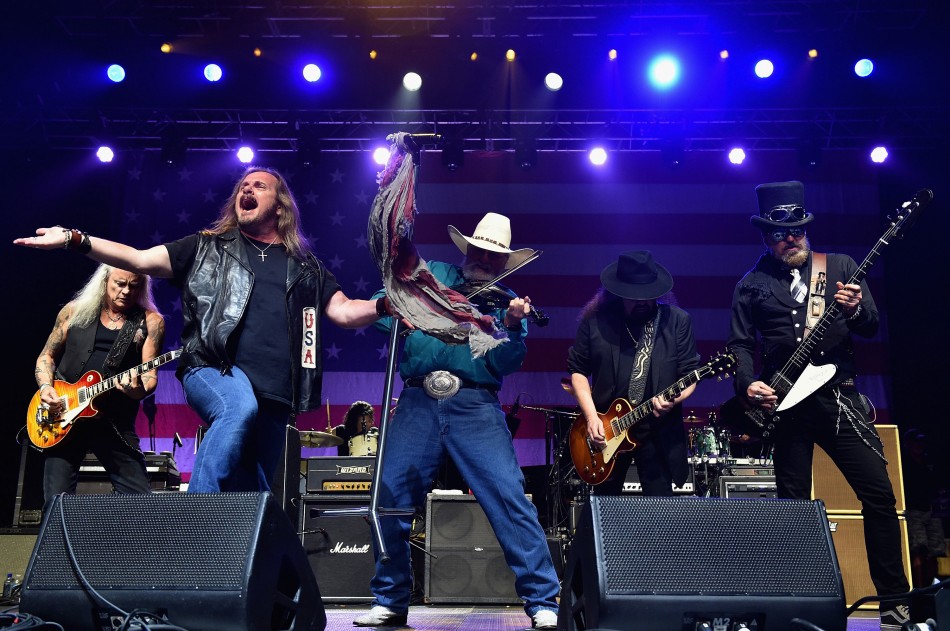 Last week, I was fortunate enough to get a ticket to see the sold-out Volunteer Jam’s 40th Anniversary show at the Bridgestone Arena in downtown Nashville, TN. The offer to attend the show as an emissary for Music Insider Magazine was as much a spur of the moment deal as those family road trips I used to take as a kid, and the frenzy of planning the trip just added to the excitement. As I searched online map services for the most scenic, yet time and gas efficient route from north-central Arkansas’s Twin Lakes region to Nashville, my boss was busily confirming my ticket and hotel accommodations. Ticket, hotel, route — all confirmed. Now all that was left to accomplish, besides actually getting there, was enjoying the show.

As I pulled into downtown Nashville and headed towards the Bridgestone Arena, you could already tell that the atmosphere downtown had changed from the usual summer touristy hustle and bustle to a more electric affair, the streets filled with revelers, the echoes of live music bouncing off the walls of the surrounding buildings, and the excitement that was building within the gathered crowds outside the Bridgestone Arena was palpable. The throngs of people enjoying the live performances of Jason D. Williams and the incredible fiddle playing of Natalie Stovall and the Drive on the stage outside the entrance to the venue were in a good mood, watching, dancing, and singing to the music on stage as they waited for the venue to open its doors for the main event at 7p.m. I got the sense that people could already feel this was going to be a special show and boy were they ever right.

The night’s lineup of announced acts and unannounced special guests proved to be a barn-burner of epic Tennessean proportions, and one of the best parts – besides the performances themselves, was that the proceeds were going to benefit a most worthy cause that Charlie Daniels co-founded and supports very strongly and passionately with his manager, David Corlew — helping American servicemen and women through “The Journey Home Project,” raising hundreds of thousands of dollars in proceeds for the 501(c)(3) non-profit organization in this single night’s event. The project helps to connect veterans and their families with organizations that help meet their health care, career, and education needs.

The show was emceed and co-hosted by conservative talk show host, Sean Hannity – who enjoyed riling up the crowd and tossing footballs out into the crowd as is his signature shtick, and SiriusXM’s Storme Warren, host of “The Highway” show. The night’s major title sponsor was Henry Repeating Arms, manufacturers of some of the finest rifles in the world. The president of Henry Repeating Arms, Anthony Imperato was on hand to present Charlie Daniels with a check on stage for $200,000 donation to The Journey Home Project, “As a small token of our gratitude…” Mr. Imperato also presented some of the veteran performers, including Mr. Daniels with specially-produced commemorative Yellow Boy Henry Rifles.

The entire night was patriotic in nature and theme, starting out with Lee Greenwood’s appearance on stage to sing an incredible version of his mega-hit, “God Bless the U.S.A.” The crowd was on its feet at the end of Greenwood’s show opener, and with that the night was off to a rousing good start — and it only got better.

My personal favorite band of the moment, Atlanta, Georgia-based southern rockers Blackberry Smoke came out and gave the first of several performances by unannounced acts, and they tore up the stage with their song, “Ain’t Much Left of Me.” Several standout performances were made by military veterans-turned musicians like country artist Craig Morgan, a US Army veteran, and former Blackhawk pilot, country star Ryan Weaver, who gave an emotional performance and video tribute to his brother and brother-in-law, who were both lost to combat operations during Operation Iraqi Freedom.

The jam-packed lineup of the night was fleshed out by great performances from The Kentucky Headhunters with a fun rendition of their hit, “Dumas Walker,” The Oak Ridge Boys playing their quintessential hit, “Elvira,” and stars like Travis Tritt, Wynonna, Phil Vassar, Montgomery Gentry, Trace Adkins, Alabama, Ted Nugent, Billy Ray Cyrus, and Colt Ford helping to round out the night. There were so many acts signed onto this show that there was only time for one song from most of the acts.

The Charlie Daniels Band started off his band’s set with “(What the World Needs is) A Few More Rednecks”, and Charlie called on Eric Church to join him on stage for a rousing rendition of “In America” that nearly brought the house down. Later in the performance, Daniels went on to give one of the best performances of “The Devil Went Down to Georgia” that I have ever seen, joined on stage by fiddle player Natalie Stovall, who proceeded to duel it out with Charlie Daniels for the Devil’s “Golden Fiddle.” It was an amazing performance that simply took my breath away to witness.

The last performance of the night was a real surprise that had everyone speculating right up to the moment they were introduced by Charlie Daniels as “The best rock and roll band ever,” Lynyrd Skynyrd. Skynyrd proceeded to get the crowd roaring and on their feet again with a raucous version of “Sweet Home Alabama” to finish off the night. It was a fabulous night of music and entertainment in the heart of “Music City,” Nashville, Tennessee that nobody who was there will soon forget. I’m already looking forward to the 41st Anniversary show next year! To paraphrase Mr. Daniels, “It was a great day to be alive and in Tennessee!”